[See, also,  this page  and the many pages branched from it on the Menu tree above.]

AOC now claims that her earlier “12 years until doom” prediction — made during the botched roll-out of her Green New Deal proposal — was “dry humor” and that the GOP is too stupid to grasp her wittiness.  This is a provable lie.

“Alexandria Ocasio-Cortez… claimed that the reason [her Geen New Deal] is ‘so, so controversial‘ is ‘because for years we have prioritized the pursuit of profit at any and all human and environmental cost.’  That statement, along with the actual text of her bill, are at odds with numerous facts about pollution, regulations, and the economics of energy.”

“[T]here is no possibility that the world is undergoing — or can undergo — a near-term transition to a ‘new energy [a.k.a. green] economy’.“

The Great Hypocrisy of the Green New Deal
Higher energy costs hit low-income households hardest, because they spend a higher percentage of their budget on energy.

STUDY: Green New Deal Would Have ‘No Effect’ On Climate Change 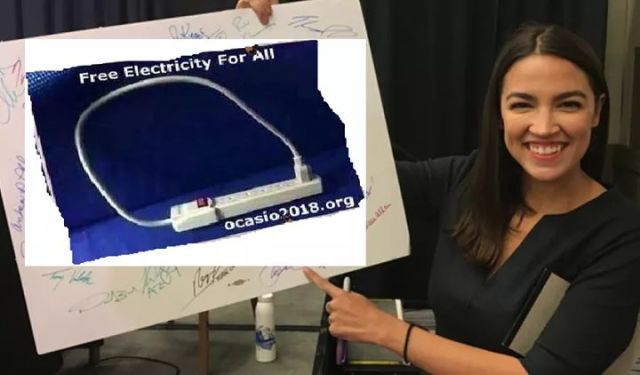 [ASND thanks Wintery Knight for that image.] 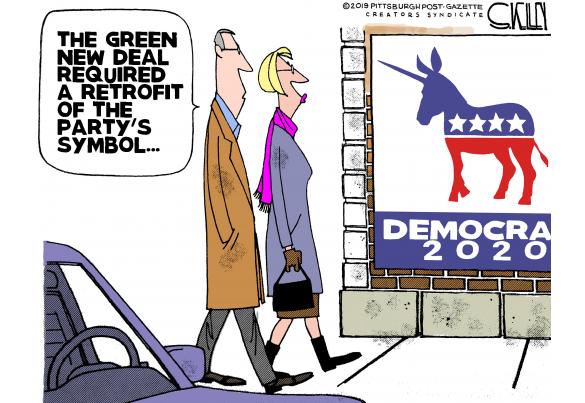 If we ignore costs of climate regulation on average Americans, we risk a catastrophe

The 1st ‘Green New Deal’ — Under Barack Obama — Failed Miserably
Not Surprisingly, Democrats Want To Repeat Yet Another One Of Their Disasters

The 10 Most Insane Requirements Of The Green New Deal

The “Green New Deal” Is a Trojan Horse for Socialism

Green New Deal Would Barely [if at all] Change Earth’s Temperature.
Here Are the Facts.

It’s a short step from “wondering” if it’s okay for people to have children [part of AOC’s Green New Deal] to making laws that forbid children.  Sound like an overstatement? Take a look at how fast eugenic ideas translated into mandated laws the last time liberals 1) popularized eugenics and 2) gained political control of legislatures.

[For those who don’t know, nuclear power — evenin it’s current, uranium-based form (its safety and efficiency could be  vastly improved  by shifting to a thorium-based form) is by far the  safest and most efficient  energy source on the planet.] 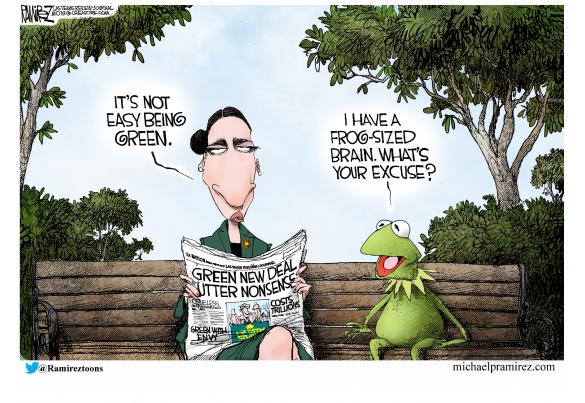 Socialism Leaves South Africa in the Dark
What happened — yet again — when a nation tried Bernie Sanders’/AOC’s’ power plan.

[Yes, that was satire… but as ASND has said on these pages many times, good satire (which that article is) is useful because it is based on reality.]

[When all is said and done, the question socialist greenies don’t want to ask is,
“Can we get re-elected if we impose these radical laws on our constituents?”
Hmm…]

Around the world, backlash against expensive climate-change policies