“What we are witnessing in the ascendancy of the culture wars whether in certain segments in the streets, or, in virtually all domains of our educational systems is virulent nihilism predicated on an axis of moral and cultural relativism.  Moral relativism advances the idea that there are no objective criteria to adjudicate among competing truth claims.  Its ruling principle is subjectivism.  What one feels is the truth constitutes the truth…  But if nihilism is the logical concomitant of relativism, one must now ask: what is the school and the philosophical foundation of relativism?  What first foundational principles underscore the relativism that gives rise to the nihilism in the streets and in our educational systems?”
—Jason D. Hill, Ph.D., Professor of Philosophy, DePaul University

[Good satire, of course, is made good by its capacity to reveal painful truth using humor.  We have offered the humor already.  Now, the rest of this page is devoted to the painful truths associated with relativism (the very concept of truth, of course, is that which relativists deny).  Yet they are the relativists who feel the most pain when confronted with the following truths.  The irony of that truth is both tragic and humorous, just like satire.]

Is There An Absolute Truth?

How Do We Know Truth Is Absolute, Unified, and Objective?

“The intellectual climate in the typical university today is an odd mix of skepticism and dogmatism, moral permissiveness and moral indignation.  Truth is seen as relative.  This does not mean, however, that any truth claims will be tolerated [on university campuses].  Quite the contrary.  Today’s academic relativism hinges on some political assumptions that are not relativistic at all.  Students will likely be taught that all philosophies and ideologies are equally valid — except for those that claim to be true.  All ideas are to be tolerated — except for those that disagree with these assumptions.  No culture is superior or inferior to any other culture — except that Western culture is bad and American culture is the worst.  All religions are essentially the same and are equally valid paths to transcendence — except Christianity, which is bad.  Students will be taught that morality is just a matter of personal preference, that categories such as ‘good‘ and ‘evil‘ are merely cultural labels.  Sexual permissiveness is taken for granted.  But those who believe sex is reserved for marriage are bad.  Those who believe homosexuality is immoral and unnatural are evil.  Abortion is acceptable.  Those who oppose abortion are evil. Everyone has the right to his or her own opinions.  But [conservatives] are evil.  And conservative Christians are [therefore] monsters.  All of this [obviously self-]contradictory. Relativists [by definition] inconsistent with their own relativism.  A true relativist… would be open to all truth claims (including those of Christianity), all moral positions (including biblical values), all cultures (including American culture), and all religions (including Christianity).  [But they are not.  In reality, however,] there are many kinds of things that are objectively true and many ways to discover what they are.  Reason gives us access to some kinds of truth.  [Divine] Revelation gives us access to religious and moral truth.  Empirical observation and the scientific method can help us learn about the truths of nature.  Even beauty, though it has a subjective element, is an objective quality, a function of its aesthetic form.  Classic[al] thinkers agreed that we might never fully understand the truth, that our human faculties have their limits, but that, theoretically at least, truth is out there… and, to some measure at least, it can be discovered.  The modernist revolution, the ‘Age of Reason’ that began with the [17th century] Enlightenment and culminated in the mid-twentieth century, represented a great narrowing of the mind.  To modernists, scientific knowledge is the only knowledge. Anything that cannot be empirically observed and scientifically analyzed does not count as knowledge.  So much for reason, revelation, and aesthetics… [N]ow we also have a new kind of relativist. Postmodernists are reacting against the modernists in rejecting all kinds of objectivity, including that of science.  They maintain, against both classical and modernist assumptions, that truth is not a discovery at all.  Rather, truth is a construction [where] belief becomes a function no longer of the intellect but of the will. And since truth is personal — ‘my truth,’ ‘your truth‘ — an attempt to persuade someone is interpreted as a personal attack.  To say that my religious, moral, or any other kind of belief is wrong is another way of saying that there is something wrong with me.  This is why so much discourse today is defensive and angry.  And it is why so many people resist getting into serious conversations.  [Some] postmodernists take relativism another step further. It isn’t just that all beliefs and truth-claims are individual constructions.  They are cultural constructions.  Someone has made up a belief for you and has been conditioning you to accept it.  Cultures do that to enforce power.  That is to say, the groups in power promote certain ideas in order to control and dominate those who believe them. In this theory, men oppress women, white people oppress other races, the rich oppress the poor, heterosexuals oppress homosexuals, and humans oppress animals.  All of culture, all of the arts and sciences, laws and civilizations, morality and religion are reduced to the oppressive imposition of power.  Christianity becomes just another way to control people and keep them in line so they don’t overthrow the status quo.  Sexual morality is just a patriarchal society’s attempt to force a woman into being a man’s property in marriage.  America’s constitutional system controls its citizens by making them think they are free while actually enthralling them to a capitalist economy…  All truth is not really a construction, but those who believe that it is are certainly guilty of constructing truths that, despite their ‘plausibility,’ collapse when anyone looks at them closely. Everything cannot be reduced to the imposition of oppressive power, but those who believe it tend to impose their oppressive power on others. This [anti-intellectualism obviously] poisons the [ostensibly] academic climate [of the universities]…  Relativism [therefore] represents the death of the intellect and the destruction of education. ” 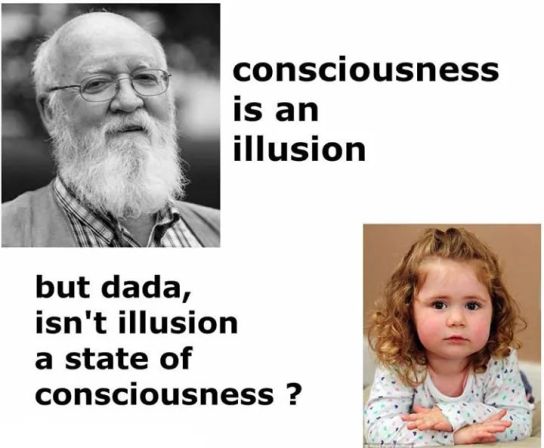 [ASND thanks Wintery Knight for that image.]

The Dangers and Delights of Postmodernism

Confronting the Challenge of Ethical Relativism

Moral Relativism: Is There Right?  What Is Right?

“It is said that there are many truths, and that we each choose our own; or that truth is ‘constructed’ out of society, culture, and language.  Truth, then, is contingent on personal or societal history, and subject to change and revision.  But this leads directly back to power, for when one person’s ‘truth’ clashes with another’s, both ‘truths’ stand on equal ground.  There is no higher court to appeal to.  Neither truth can be judged more true than the other. So the matter can only be decided according to who wins.  The reigning truth at any time is determined by whichever side has won the last battle.  This is not anti-relativistic prejudice saying this, by the way.  Postmodern theorists acknowledge candidly that on their view, power takes the place formerly thought to be held by truth in human interactions.”

The middle class ‘rioters’ revealed: The millionaire’s daughter, the aspiring musician and the organic chef all in the dock

and… from the British Prime Minister himself…

“What last week has shown is that this moral… relativism – it’s not going to cut it anymore.”

[The irony (actually, hypocrisy) about Cameron’s statement, of course, was that he is a member of the liberal Labor party, which has all but driven the engine of moral relativism in Britain for much of the last century. Go figure.]

“Thompson’s fall from grace is just one example of the steady erosion of moral standards in the collegiate setting and, by extension, the workplace — a trend that college ethics professors are trying to reverse.  But one Christian professor says they’re going about it the wrong way, focusing on the results, rather than the underlying motivations for ethical lapses.”

MAINTAINING SCIENTIFIC AND CHRISTIAN TRUTHS IN A POSTMODERN WORLD

“How Do You Know You’re Not Wrong?”

“If you were born in India you would be a Hindu.”

“You Christians are so narrow-minded!”

A Critical Look at Situation Ethics

The Trap of Dogmatic Relativism

The Graying of Morality: Relativism and the Law of Nature

Multiculturalism and the Gospel of Christ