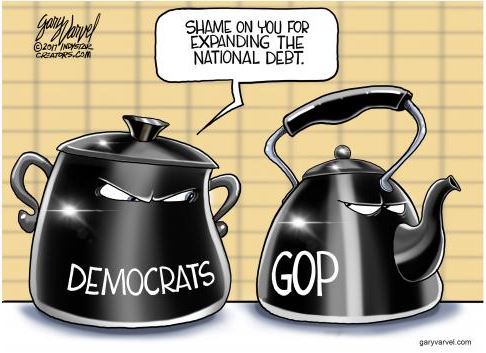 “Elizabeth Warren was all about transparency… [but] We are all still waiting for her to file the required financial disclosure form.  The Oklahoma Professor has been criticizing Scott Brown for being ‘Wall Street’s favorite Senator.’  She has also denounced ‘Wall Street cash in politics.’ But it turns out she may be indirectly accepting Wall Street money.”

“Democrats have seized on an attack line: Republicans as the party of unlimited secret money.  The only problem: so are the Democrats.“

[Well, according to the evidence just presented, they’re mostly Democrats.]

“Out of more than 3 million [Massachusetts] tax filers in 2004, a tiny fraction of 1 percent… volunteered to pay the [previously] higher rate.  Among those who declined the opportunity was [Barney] Frank.”

Lobsters, caviar and brandy for MPs at summit on starvation

“A New Jersey teachers union chief whose salary tops $300,000 is under fire for saying in a recent interview that ‘life’s not always fair’ while arguing against vouchers to send poor students to private schools.”

Democrats who cheat on their taxes want us to pay more

“… the Massachusetts Democrat was avoiding a six-figure sales tax bill by keeping the luxury yacht in Rhode Island, rather than Massachusetts…  But when the Herald called the Nantucket tax collector’s office last week, there was no record of any bills or payments in Kerry’s name.“

“Hundreds of millions of dollars meant to provide a little relief to the nation’s struggling homeowners is being diverted to plug state budget gaps.“

[ASND is amused by the NYT’s use of the euphemism “diverted” for “stolen.”]

[And by which political party, again, are ALL of the states mentioned in that article “governed”?]

“More than a month after he was put on leave when a video surfaced showing him joking about the lavish spending at a taxpayer-funded General Services Administration $823,000 conference in Las Vegas, a top official at the agency has quietly returned to his job.“

Which celebrity charities can you trust with your donations?

“… there’s no better form of hypocrisy that Democrat-Socialist redistributionist hypocrisy.”

“Senate Majority [leader, Democrat] Harry Reid again deflected questions Monday about releasing his tax returns, even as he continued to pound the demand for Mitt Romney to make more of his own public.”

“I’m here arguing for higher taxes on the wealthy and I’m one of them.”

“Would you be willing to donate to the U.S. Treasury?”